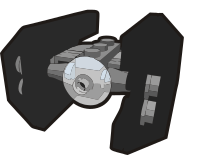 I’m back with an all new lego creation. Not tanki this time but hey, it is hard finding all the pieces for tanks. Anyway it’s a giant mech, oh boy! But you can see I was doing a bad job of getting matching parts…my bad. 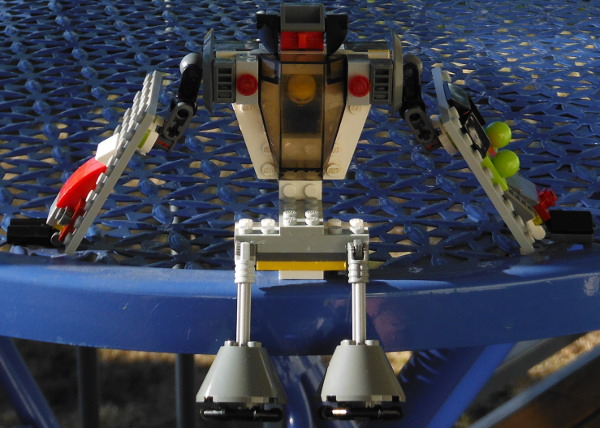 Heh yeah this guy doesn’t like your face…ohohohohohohoh so yeah he’s just gonna turn away from ya, heh heh. 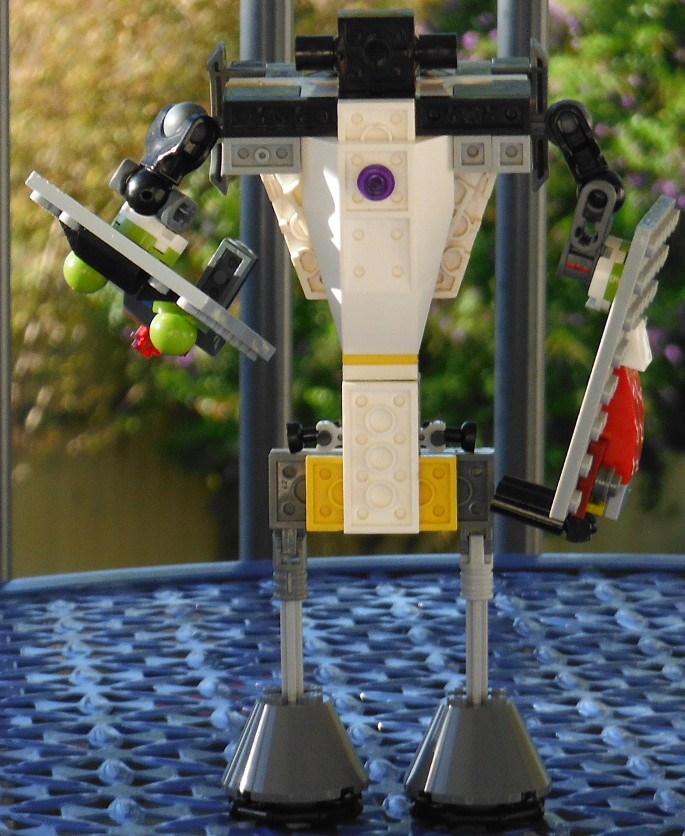 Someone’s in the guy’s cell. Oh yeah, I didn’t mention the poor guy’s in jail but anyway the intruder is not happy. 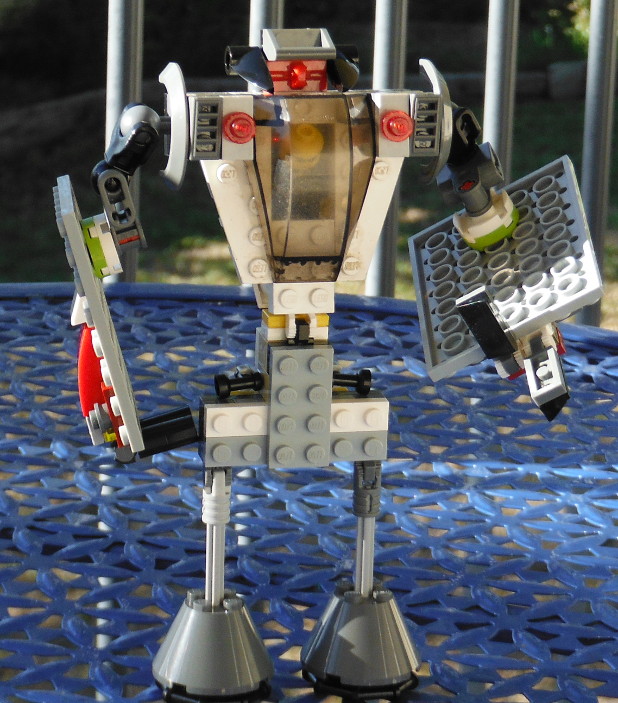 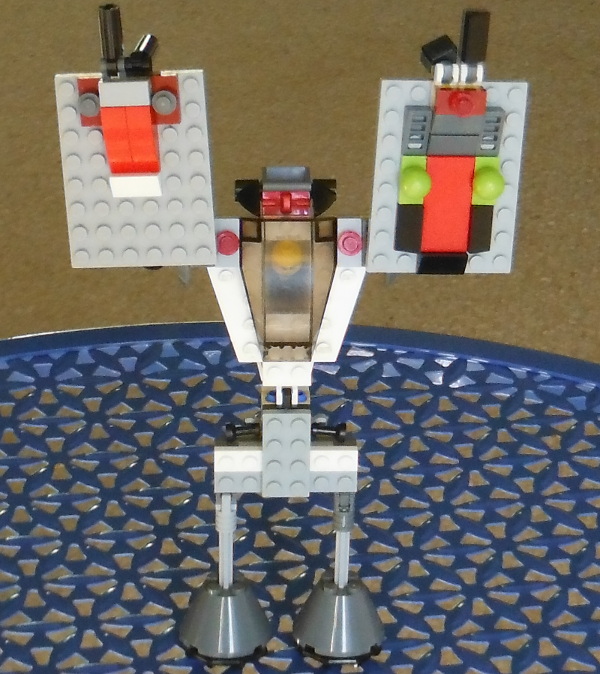 Ricochet and Wasp vs. the Giant Space Bug

Ok I am a bit addicted to making tanki online tanks out of lego. This time instead of the hammer and hornet now its the ricochet and wasp. 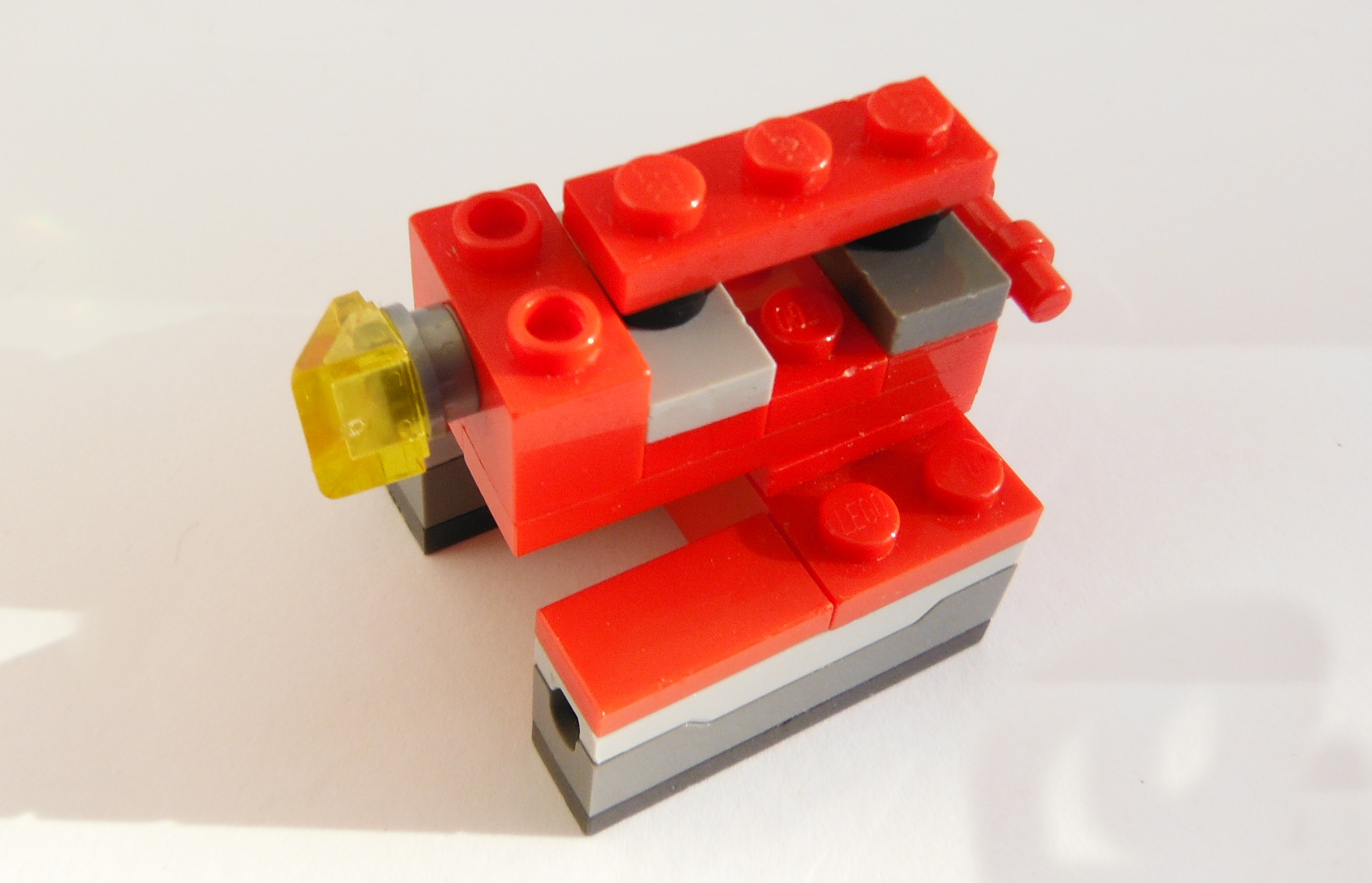 Now you thought I was done…nope! Yeah this tanker is fighting a GIANT SPACE BUG!

Let’s have a look at our fighters 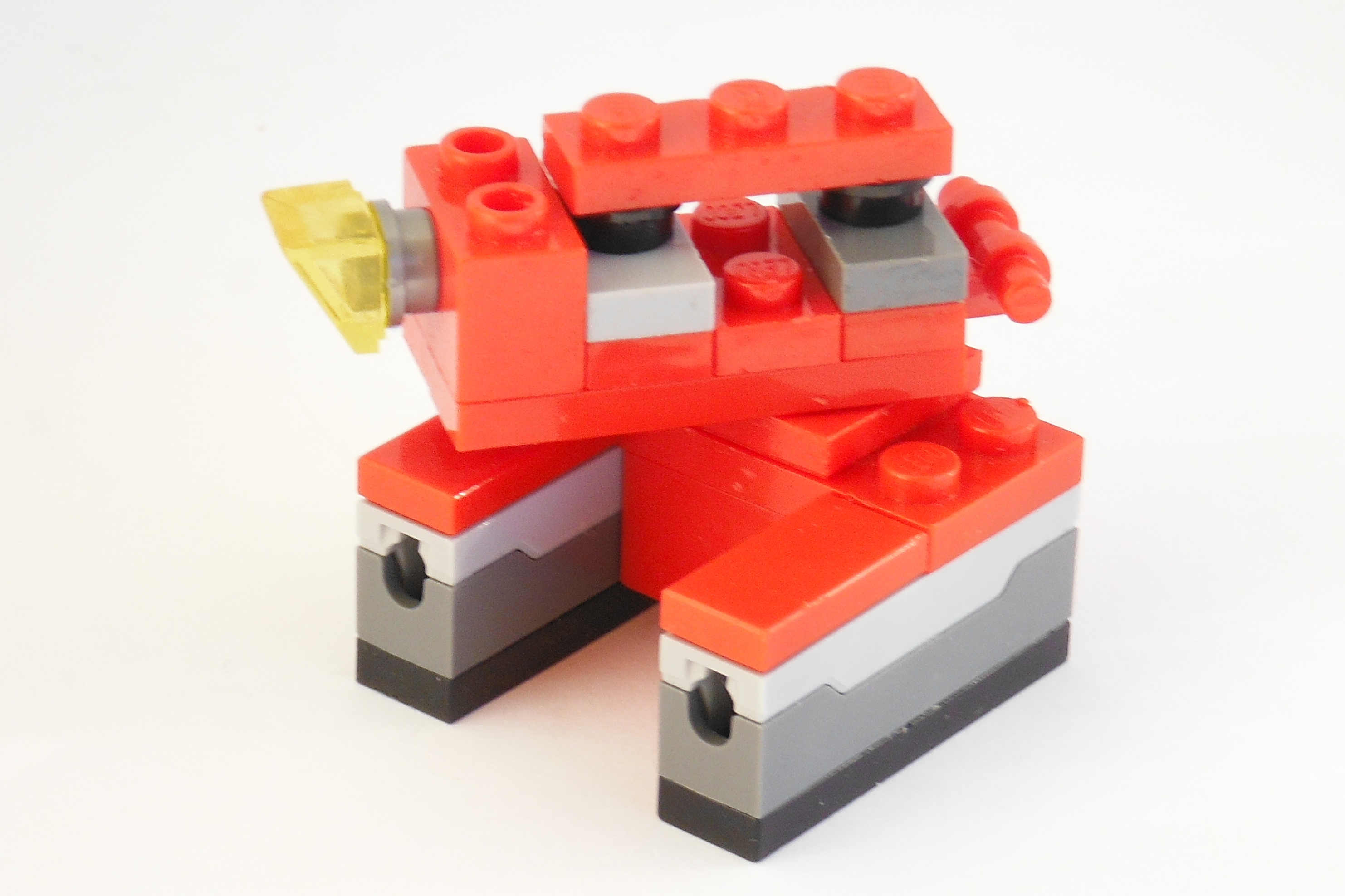 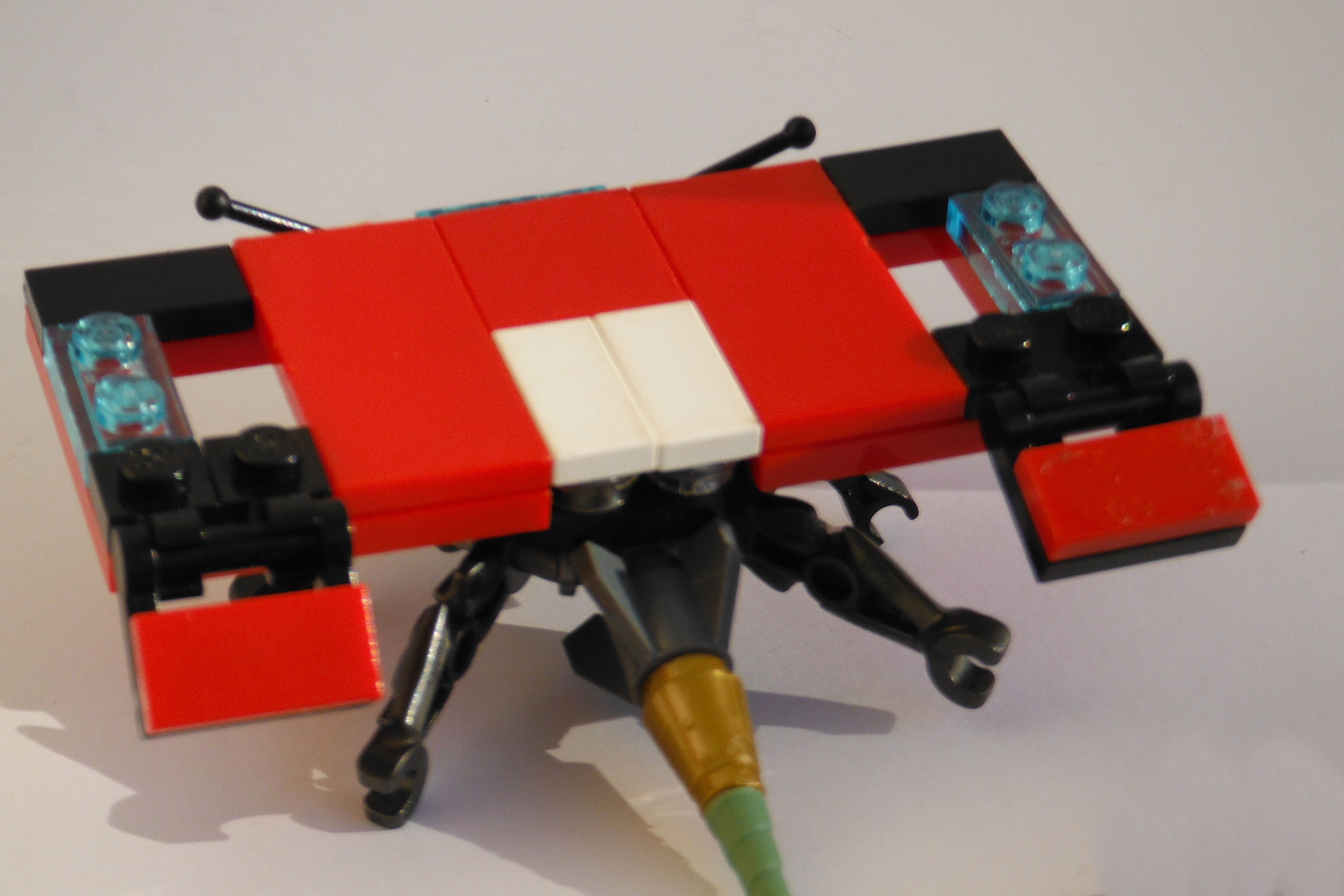 This bug obviously wants to get shot ‘cause he’s flying right into the ricochet’s firing line. 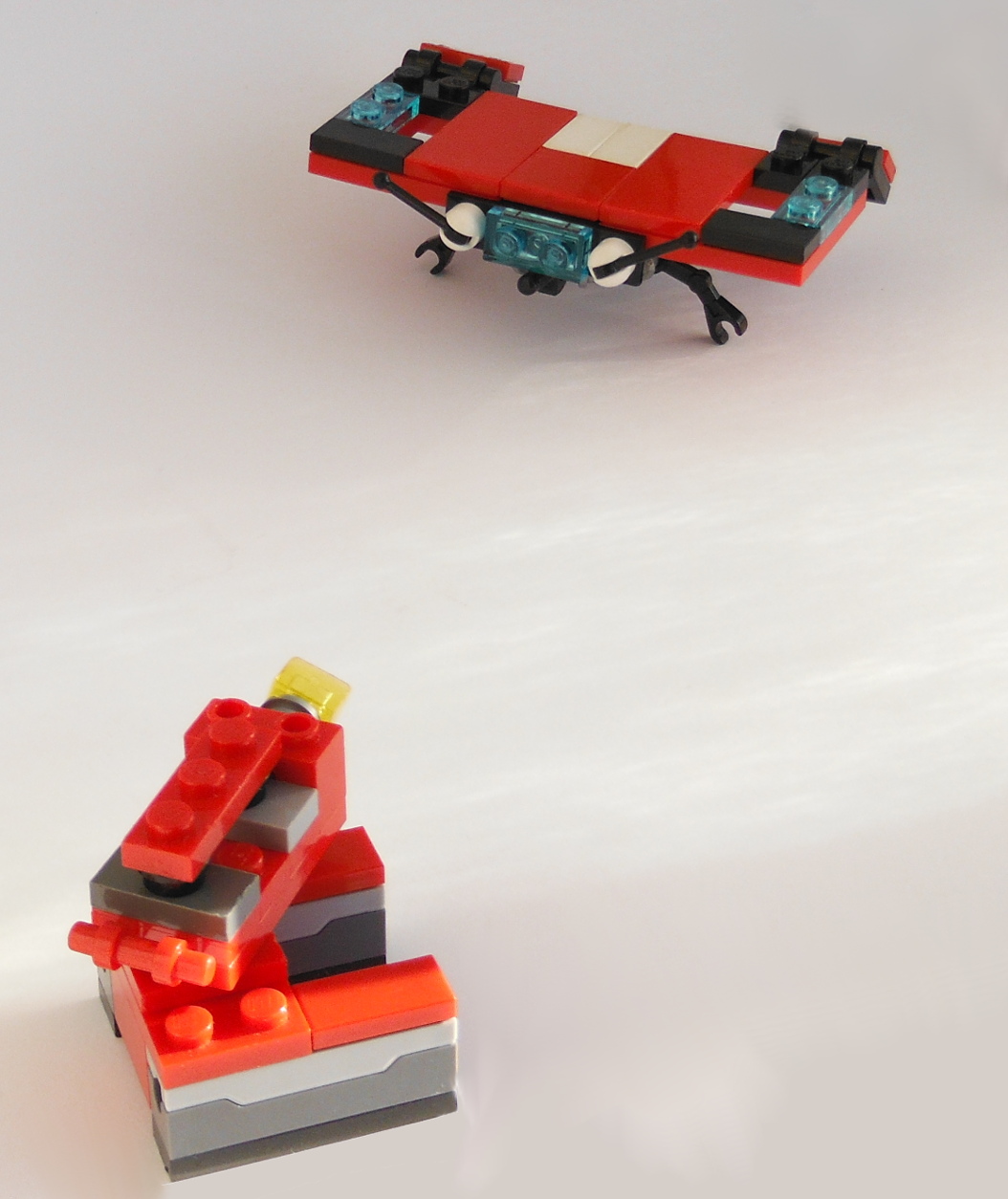 But the tanker has better things to do and that bug has some really big mandibles. 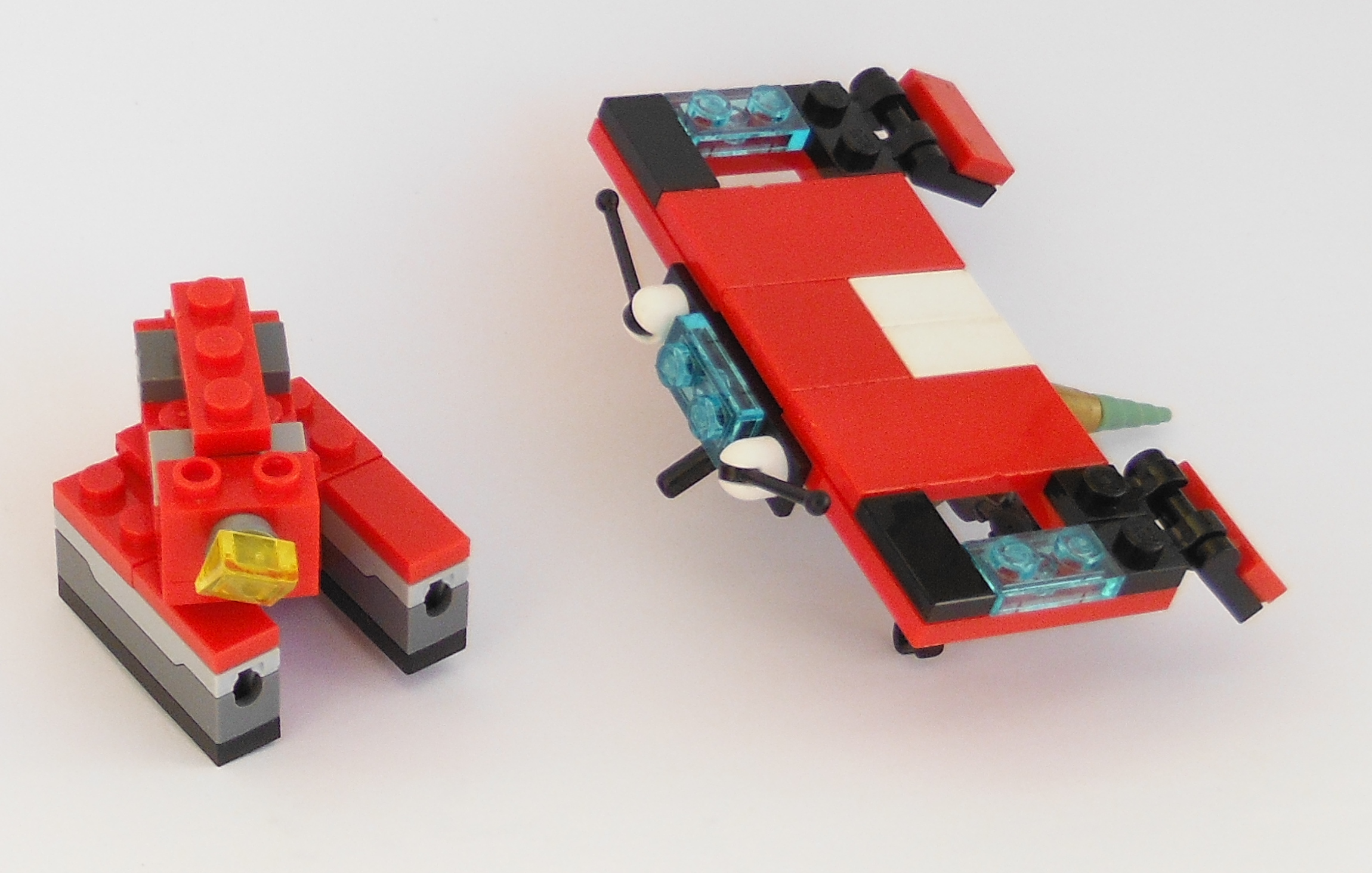 Oh yeah! Who doesn’t like tanki weapons on lego tanks, and jeeps that have machine guns! 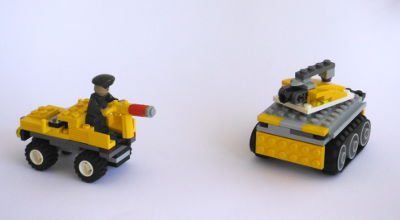 A bit dangerous saluting on a moving tank…idiot! 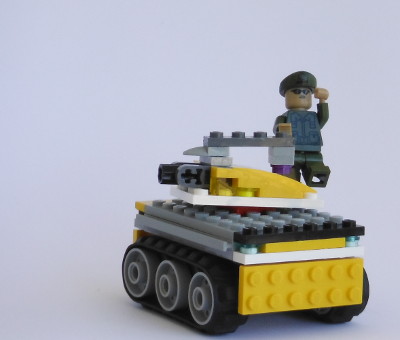 Uh oh! Something must have gone wrong, the tanker is angry! 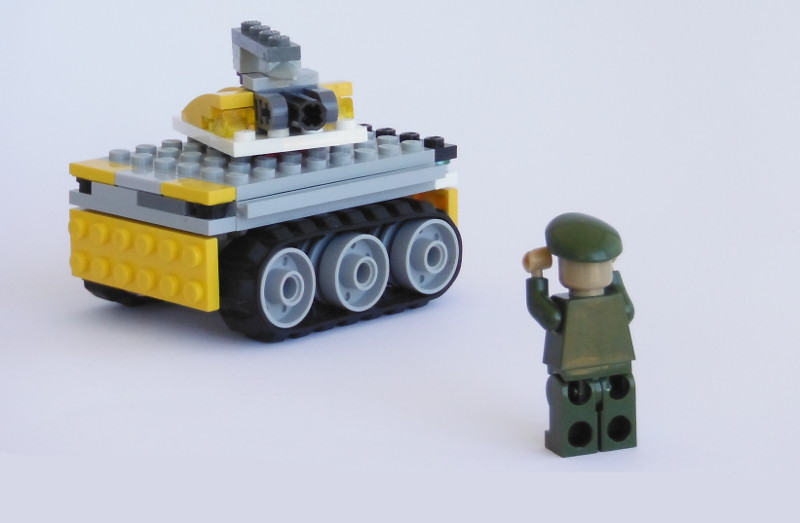 Watch out tanker, this jeep is armed! 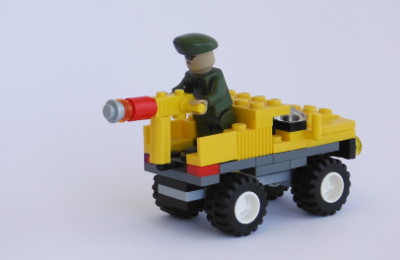 The jeep may be armed but…speed is not everything. You need armour and boy, does that tank have armour.

Hit! Poor jeep that had to hurt! 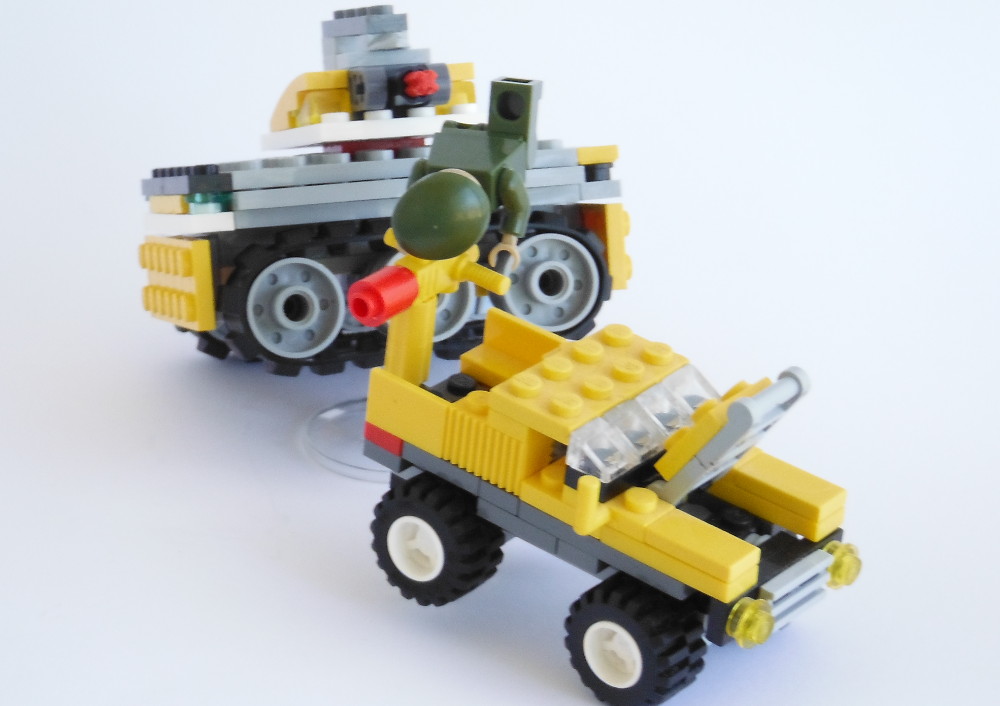 Usually it’s aliens doing science on humans – in Lego, the humans in the Galaxy Squad do science on the aliens! 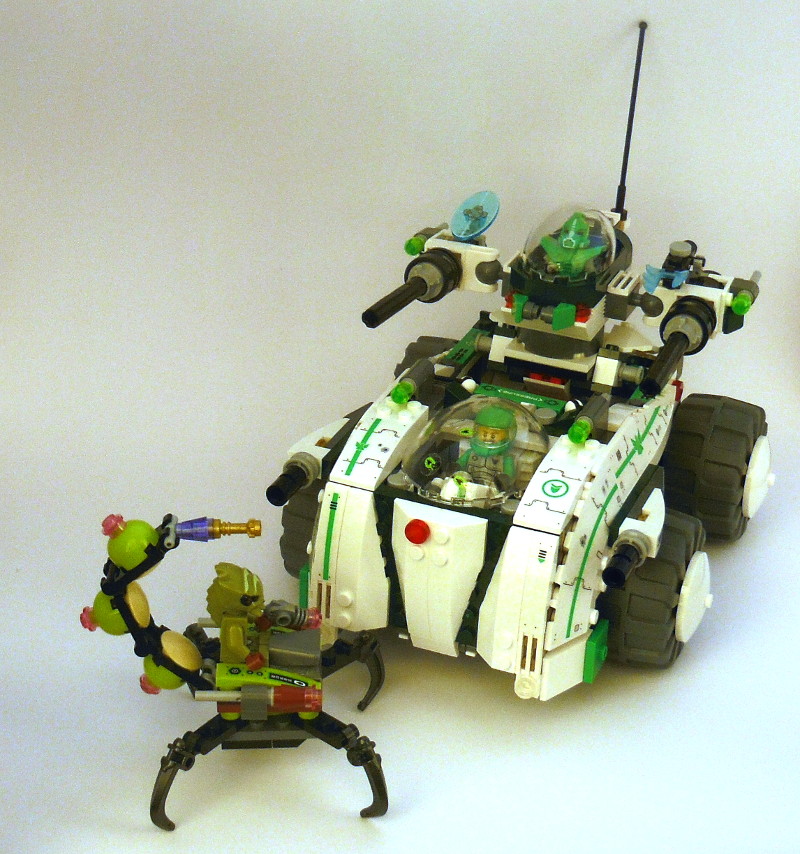 The mobile lab carries a mech on the back. It detaches to reveal the laboratory. 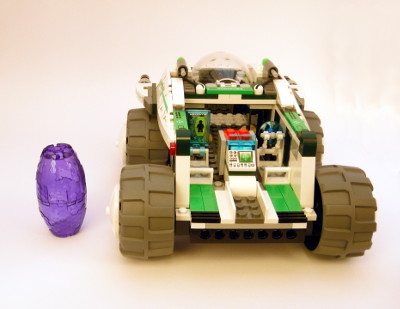 The mech has two blasters, one on each arm, and missiles. 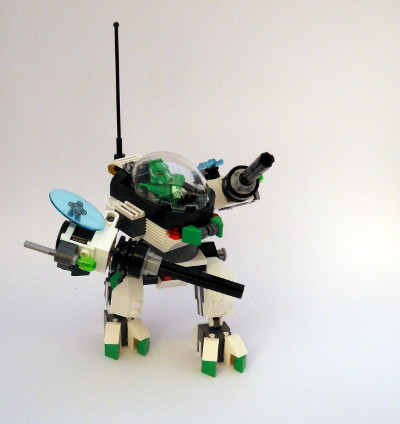 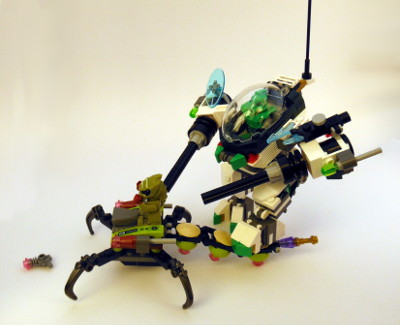 The buggy hides inside the cockpit of the laboratory. It has four laser guns and is very fast, but has only one person. 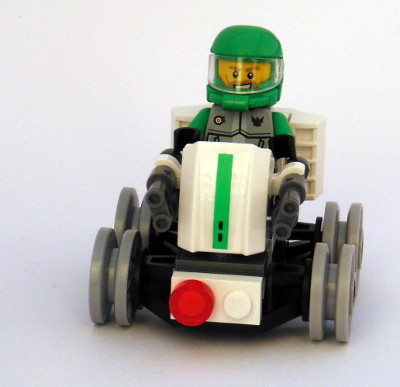 The alien has a scorpion-like vehicle which has two missiles and a laser gun on the tail. 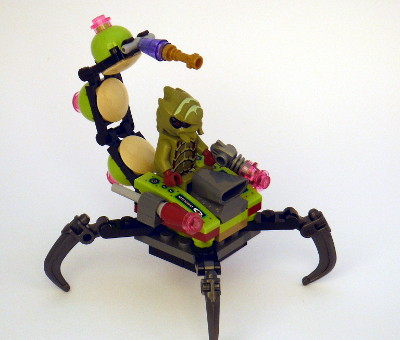 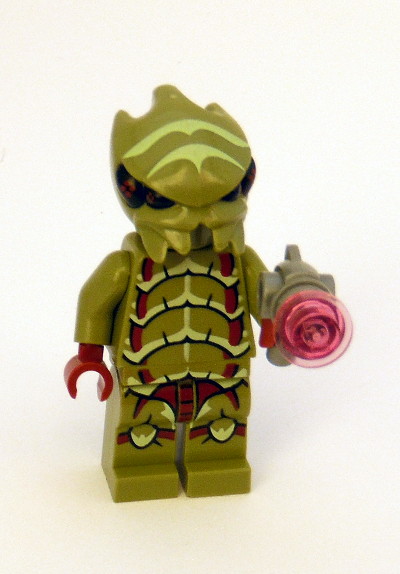 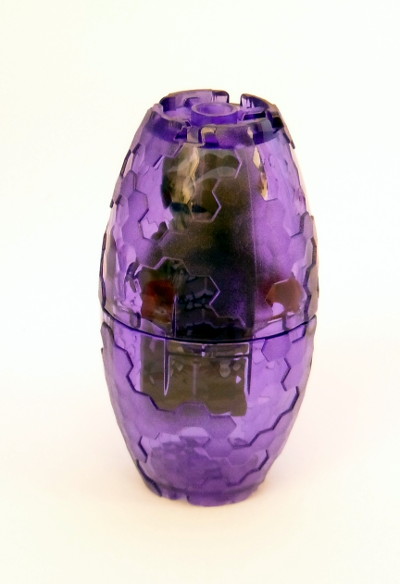 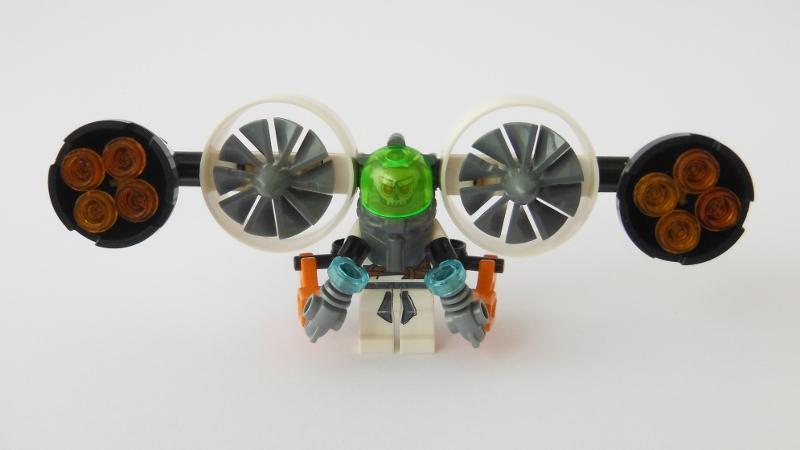 Scuba Nindroid has red eyes, so he looks evil! He is equipped with two four-barreled gattling guns to blast enemies. He moves around with two turbines, and has three lights for vision in the deep ocean. He has two control panels to control everything. It is all attached to the Nindroid through his helmet, so he can get in and out of the suit fast! 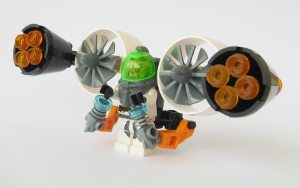 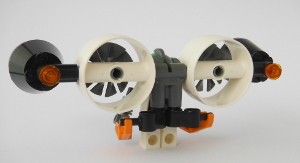 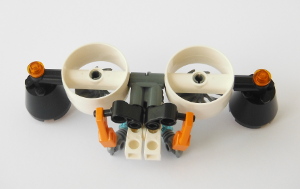 This website is best viewed in a standards-compliant web browser. It was created using 0cms. DNS by afraid.org.